We’re celebrating 45 years of inducting a diversity of women of industry, influence, and power into our sorority of more than 3000 members who serve as a formidable force of change. We pay tribute to these visionary female leaders, the roles they serve in our communities, and the companies that believe in them.

The Academy helps to unite the YWCA of the City of New York with companies in the city to increase diversity and gender equity in the workplace, promote discourse around social issues, and support programs that foster education and help the most vulnerable New Yorkers find their way to self-actualization.

Together with the YWCA of the City of New York, we stand proud with the trailblazers who came before and celebrate this year’s new class of YW Academy of Women Leaders (AWLs).

WOMAN OF THE YEAR 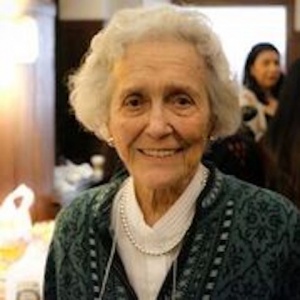 Connie Tate has been a leader at the local, national and international levels of the YWCA for more than four decades. She currently co-chairs the YWCA World Service Council, the philanthropic arm of the YWCA USA that has assisted in the revitalization and development of YWCAs in 70 developing countries since its start after WWI.

Connie’s engagement with the YWCA began in the 1970s when she was teaching English at the Nightingale School in NYC and became a member of the YWCA NYC. She joined the Board and served as chair 2000-2004 and 2008-2009 and vice-chair in the interim. During this period, Connie helped lead the organization through a major strategic shift from a membership organization to a social services agency, which included monetizing the value in the YWCA building in midtown Manhattan and freeing up resources to fund more programs in NYC focused on the YWCA’s mission of empowering women and eliminating racism.

Connie also served on the Board of the YWCA USA for 12 years (1980-1992). And she has served many years as a YWCA representative at the UN Commission on the Status of Women which convenes every year in New York with representatives from governments, NGOs, and UN agencies to develop the global agenda concerning progress for women and girls.

In her many roles, Connie has been a tireless organizer, advocate, fund-raiser, lobbyist, chronicler, and leader for the YWCA. Her infectious energy and commitment to racial and gender justice have attracted young women to get involved and follow in her path as YWCA leaders.

Connie was born and raised in Manhattan. She graduated from Wellesley College, and while raising three sons, she earned an MA in Education from the University of Bridgeport. Connie and her husband Robert Tate raised their children in Wilton, CT. Outside of the YWCA, Connie has been an active member and leader in a number of organizations, including the Adirondack Council Board, Cosmopolitan Club of NYC, Kiwanis Club of Wilton, and St. Matthew’s Church in Wilton. To all of these, she has brought her famous drive and passion for serving and making positive change in her communities.

MAN OF THE YEAR

The Man of the Year award recognizes a senior level executive whose leadership, service, and platform demonstrates a strong commitment to advancing diversity in the workplace. This year’s Man of the Year is:
Ted Acosta, Americas Vice Chair, Risk
Ernst & Young, LLP 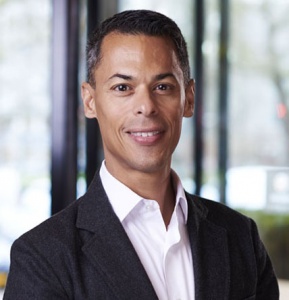 A senior executive with over 22 years of professional services experience, Ted Acosta leads the Risk Management organization, which covers internal risk assessments, compliance, ethics, privacy and independence, as well enterprise risk management, and client and engagement acceptance, among others.

ABOUT ERNST & YOUNG (EY)
EY has been a great supporter of the YW Academy, having serving on our board and sponsoring the SALUTE luncheons from 1989 to 2010. Throughout the years, 20 EY executives have been inducted into the Academy of Women Leaders. Currently, three of our top Ernst & Young AWLs include:

Ernst & Young (EY) earns the top spot on this year’s DiversityInc Top 50 Companies for Diversity list following an impressive performance since joining the list in 2001. EY says its values and business strategies are firmly rooted in diversity and inclusiveness, which is evident by its results across this space.

The company landed on nine specialty lists this year, including No. 1 for Diversity Councils, Employee Resource Groups, People with Disabilities and Mentoring.

As the Grace Hoadley Dodge Awardee

Lauren is an experienced technology leader having worked for IBM for over three
decades addressing complex business challenges across the company’s global business. Most recently as a senior executive within the IBM Software Group, she was responsible for the sales force strategy and go‐to‐market for IBM’s multi‐billion dollar software business. Prior to this role, Lauren was the Chief Technology Officer of IBM Corporate Strategy, leading the technical strategy for IBM’s growth initiatives with a focus on cloud computing. As a senior executive on IBM’s Integration and Values Leadership Team, Lauren led in the company‐wide transformation — responsible for the reshaping of IBM’s skills development for IBM’s enterprise‐wide 38,000+ sales force. She is widely recognized for the development, growth and mentoring of leaders within IBM and across the business and academic communities.

Currently, Ms. States serves as an independent director on the boards of Clean Harbors, Inc., Norwell, MA and Webster Financial Corporation, Waterbury, CT. Across these boards, she serves as a member of the Audit, Risk and Environmental, Health and Safety committees. Ms. States has a CERT Certificate in Cybersecurity Oversight, issued by the NACD and Carnegie Mellon University. She also served as a Commissioner on the NACD Blue Ribbon Commission report on “Culture as a Corporate Asset”.

Ms. States also serves on the Board of International House, NY, the Dean’s Executive Council of Northeastern University, D’Amore-McKim School of Business, and as a Director for SciptEd and a Trustee for Mercy High School, Middletown, CT. She is a member of the Executive Leadership Council (ELC).

She holds a B.S. in Economics from The Wharton School of the University of Pennsylvania, a Certificate in Business Excellence from Columbia University Business School Executive Education and completed a Fellowship with Harvard
University’s Advanced Leadership Initiative in 2015.

Lauren was inducted into the Women in Technology International, Women in Science and Technology Hall of Fame in 2014. In 2016, she was named one of the 40 Women Leading Tech around the World by Silicon Republic. Savoy Magazine named her as one of 2017’s Most Influential Black Corporate Directors.


A SPECIAL THANK YOU TO SUPPORTERS: 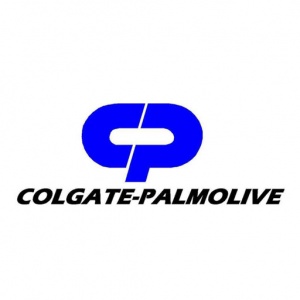 Contact Bob Loonie at 203 644-0123 or bob@theangelettigroup.com to register or to sponsor.