Home > About the YW

The YWCA of the City of New York (YW) was started in 1858, based on an idea developed in London a few years earlier. Their mission was to provide a haven for young women — both U.S. and foreign-born — by offering safe housing and educational resources. The organization filled an important void in 19th Century New York and quickly grew. 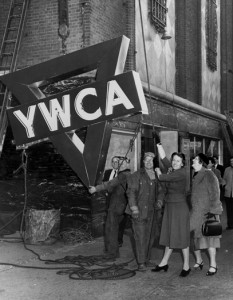 In the 1870s, the YW led the way in job training and initiated the first typewriting instruction for women, the first sewing machine classes and the first employment bureau for women. In 1912, the YW expanded and built its own training center, with a residence and spacious meeting rooms, at 610 Lexington Avenue. In 1915, the YWCA bought the 610 Lexington Avenue building and opened the first public swimming pool in New York state. It housed the YWCA national offices, national board meeting rooms and residence facilities until 1980, and was the New York City headquarters until 2005.

With its historic mission to improve the welfare of girls and women who needed assistance with housing, job training, sex education classes, access to books, physical fitness, and friendship, and as a pioneer in race relations, labor union representation, and women’s health initiatives, the YW soared to the forefront of most major movements.

Today’s YW is one of the oldest and largest membership organizations in the world. It is independently owned and operated, but connected to a worldwide network of sister YWCAs that serve 25 million people, in more than 100 countries. The YW stands for the elimination of racism and the empowerment of women. The YW focuses its resources on helping communities in-need, with four affordable high-quality childcare centers in Manhattan, Staten Island and Brooklyn, and after school programs in lower Manhattan, Coney Island and Brownsville, Brooklyn. The YW opened its first Family Resource Center in 2006, continuing to shape the generations of children and women to come.